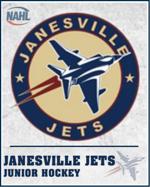 Team Tryouts & Selections will be made March 3-17th

Online Tryout Registration will be Available by February 1st

The 2019 Spring Season is 2 months long & designed for higher level club players to refine skills and compete with same birth-year players of similar talent.  Perfect Length of time to advance skills & still have spring & summer to enjoy other sports!! Most all ice times are based out of Verona Ice Arena

Details are subject to change
Boys:
'10-'09-'08-'07-'06-'05-'04-u16-u18
Girls:
U12, U14 team this spring and summer season will be run by Wildcat Hockey (We are working with Mavericks/Diamonds/Wildcats to provide best options for girls in spring, contact Brandon Ballweg for more details.)

2 High Level Spring AAA Tournaments
Locations and Dates to Be Determined per team by Feb 1st.

The Janesville Jets and the Wisconsin Elite Hockey League (WEHL) will partner again this fall to U16 and U18 Showcase teams in the NAHL Showcase in September and the Nike-Bauer World Invite in Chicago. Last years teams did very well and many of those U18 players were tendered or drafted by junior teams.

Players that are on WEHL teams will be given preference to make the Jr. Jets rosters. Under terms of our agreement with WEHL and WAHA, no more than 3 non-WEHL players will be selected for either team. WEHL coaches are submitting recommendations for selections. So your best opportunity to make the Showcase roster is to participate in the WEHL program.

Players must be Wisconsin residents, but can come from anyplace in the state. A list of of recommended players is given to the Jets Coaching Staff from the Regional WEHL Coaches and GMs to help the short tryout evaluation process.

The Jets/WEHL partnership is designed to give more Wisconsin players an opportunity to be noticed by junior and college scouts at two premier AAA events.

Tier I players are not eligible to tryout. These teams are for Wisconsin High School or WAHA Midget players only.

The Showcase team fee is between $250-$300. That includes tournament fee and practices. It does not include travel or related expenses.

o Both teams will play in U18 Division

o U18s will play in the Junior Elite Division

Cost:
• The cost per player if you make the team is $600.
• The Jets coaches will be paid for running this program.

Background:
These kids are at the age where they need to get exposure. These two tournament will provide guaranteed exposure while also exposing each player to junior level development. The tryout is early so as not to conflict with any other WIAA, WEHL or WAHA activities. But our practices won’t start until most of the WAHA spring festivals are done. Last year there were three USHL teams, five NAHL teams and multiple NA3 and USPHL teams at the Jets Showcase. All three UW coaches were there at some point during the tournament, too. In Boston, there is more exposure at the Junior Elite level than we saw at the College Prospects – but we have more time to market both teams this year to ensure we get seen by as many eastern NCAA and junior hockey scouts as possible.

Your son may, or may not, want to play for another spring hockey club. It’s highly unlikely our tournaments will conflict with any other AAA organization in the state. Our advice for those that make the teams next Sunday will be for them to finish whatever WEHL or WAHA commitments they have and spend as much time as possible getting stronger. Our goal is to get a close look at kids that are motivated and have the potential to play junior hockey and to give them maximum exposure to scouts using the good will of the Janesville Jets brand.

Lastly, the Jets U18 team may have a few of our younger guys that are not committed yet. That will certainly keep the tempo and compete level of practices as high as possible.